I finally got a local Parse-Server up and running for development with Parse Dashboard ver 4.1.0.

However, unlike the online Parse-Dashboard of Back4App or Sashido, my install of Parse-Dashboard does not show me a “Cloud Code” section where I can look into my CloudCode and its logs.

I was wondering if I’m missing a setting to turn have this show up? Does anyone know? 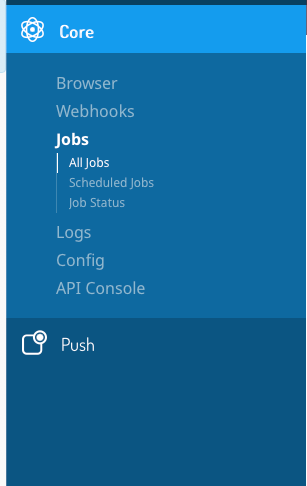 Viewing/editing of cloud code has never been supported in open source Parse Server, and it won’t be added. Here’s why:

Before with parse.com, the only way you could manage your Parse Cloud was through Parse.com’s dashboard. However, as you need to run a clone of the Parse Server Example repo to use Parse Server, having the cloud file editing via the dashboard is reinventing the wheel. We want users to become familiar with industry standard IDE’s, and we’d never be able to keep the dashboard’s IDE to the same standard. Plus, editing cloud code on a live server without running CI checks isn’t good practices.

If you have comments or suggestions for why you’d want this feature, please comment at #895. If you need any tips as to how to set up a CI/CD pipeline, please join the discussion.

Personally I would recommend VSCode to view and edit cloud code, create unit tests, and then add a deployment track to your GitHub actions. This way, editing cloud code happens in an industry standard IDE, and all you have to do to deploy code is push changes (you can use GitHub desktop if git is confusing). A good place to start is the Parse Server Example package.

I was only looking for it as that’s where I’m used to seeing logs for cloud code. (warning, error etc).

I don’t really for editing the cloud code which I do with my local text editor.

I guess I have to figure out where to find where those logs show up because they don’t show in the Logs section either.

How are you deploying your server configuration?

I guess I have to figure out where to find where those logs show up because they don’t show in the Logs section either.

If you are running locally, logs should show in terminal.

I’ve just setup local development over the past week and got it working using the latest parse-server and parse-dashboard.

but deployment will be using parse-server 4.5

If you are running locally, logs should show in terminal.

oh that’s right! forgot about that.

Currently with my setup the dashboard logs section just shows a white screen. so I probably have a setting I didn’t correctly set.

deployment will be using parse-server 4.5

We strongly discourage from using Parse Server 4.5.x. It contains major security issues that have been fixed in later versions, the latest 4.x version is currently 4.10.10.

And even though 4.x it is currently under Long-Term-Support is doesn’t receive the care and maintenance that Parse Server 5.x does, which is our current version. For example, non-critical bugs are not fixed in 4.x anymore.

We are currently in a transition period to give developers time to migrate to 5.x. That period will end on 31.12.2022 by which time your code and configuration should be adapted for 5.x, because LTS will end and 4.x will not receive any updates anymore, even for critical security vulnerabilities.

thanks for the advice! It’s the server version Back4App has. I’ll go ask if they have 4.10 hehe.

looks like they do. upgraded my server to 4.10. hope they offer 5.x as it might be better since the app I’m building is just starting off.