With the introduction of a new versioning system with release automation, we see the opportunity to give the Parse Server yearly major releases actual names.

Here are some naming patterns as a first suggestion:

We are curious to hear your suggestions for naming the yearly major releases of Parse Server.

Scroll down to vote!

I think animal name is a good idea. In my native language Pars (same pronounce with parse) is an animal.
Parse 5.0 White rhino sounds good.

WWF actually has campaigns to donate for / adopt an animal for most endangered species: 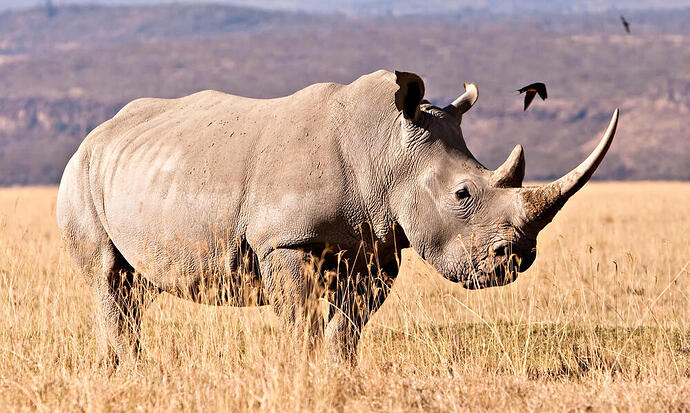 The white rhino is the second largest land mammal and is relatively unaggressive which is why poaching for its horn is the main threat. Support WWF's efforts to disrupt the illegal trade and protect vulnerable species and their habitats.

That could be a great way to create awareness while also being able to reference a well-known international organization to take action.

The name would also perfectly fit the massive, feature packed nature of the 5.0 release!

Names of endangered species is a great idea and the White Rhino is a great start!

Cities of contributors would most probably not be a flat distribution and could end up being repeated. The obvious like places or items perhaps do not need the attention as much as endangered species. With the social causes it might get a little unfair politically what to chose…?

Thanks for your comment @lsmilek1, I agree. Even saving species from becoming extinct is a political standpoint and interestingly quite debatable, but I would guess that it is a rather popular standpoint most people would support.

I don’t mind these suggestions, I think they are all good ideas.

The city naming one is a good idea I think too, and if it’s only yearly releases, it would be quite some time before we run out.

We could always have a vote around the name and set a benchmark (say 90%+ in favour) to avoid controversial names or causes.

This is so exciting!
I liked the idea of cities as an abstraction of a competition-reward opportunity to fuel contribution and teaming. Maybe at some point we could think about something on that area.

How to choose them? Maybe we could come up with a criteria to filter/sort them from a trusted source.

I think we could look at the WWF list of endangered species and put a list up for vote in the community. The winning name would be next year’s release code name.

Any other ideas that were not suggested yet?

I like the route of endangered species! Apart from creating awareness (which is amazing), there are some really iconic and amazing creatures out there, so it will never be hard to choose an awesome name

Alright, I suggest we make a quick poll here on what naming pattern we should choose. I will add the suggestions mentioned so far and if there are any other ideas, please post over the next 24 hours (given that this thread already had 208 views, has been open for a week and is also referenced on the Parse Server GitHub issue page).

I will add “city of contributor with most contributions” to the choices, although it is not clear yet how that should be determined. Comparing the number of added or removed code lines may not always correlate with the amount of contributed value. For example, a time intensive refactoring that reduces the number of lines has a higher value and requires more effort than adding a prettier or lint rule that causes more lines to be auto-generated. In case we cannot come up with a fair algorithm, we will choose the entry from the poll with the second most votes. Also, it should be considered that a contributor may not want to reveal the city they reside in due to privacy reasons, so this would effectively have to change to the contributor being able to choose any city for naming.

What should the yearly Parse Server major releases be named after?

Each year, the community will then be able to vote on a code name from that category.

You decided overwhelmingly that the yearly Parse Server major release should be named after an endangered animal species.

We are excited about your decision and we will look into ways over the next months to build this beyond a simple codename into a meaningful initiative to create environmental awareness.

Every year, we will reach out to you to choose from a list of endangered animals to pick the name for next year’s release. For Parse Server 5.0 we will hold a poll in the coming weeks.

We promise, we won’t spam you.