Just a little note for those of you who run parse server on Heroku.

It seems like a recent major release of node (from version 16 to 17) might be causing some issue (we explained a workaround we found at the bottom).

Actually, we suddenly started to have the following issue on Heroku that we’d never experienced before. There was no error message when building, as it showed message at the end,

However, it crashed when it tried to run it.

What worked for us for now is to set the “engines” versions for node and npm on package.json to be:

We had the same error, pinning the app to the current active LTS v16 fixed this as well. I will just wait until the beginning of 2022 when all package maintainers have adopted to v17 and try again in prepration for v18. For production we only use the stable even releases, so we will migrate vom v16 to v18 in 2022.

I recommend keeping an eye on the issues and PRs on the server:

### New Pull Request Checklist <!-- Please check the following boxes [x] b…efore submitting your issue. Click the "Preview" tab for better readability. Thanks for contributing to Parse Server! --> - [x] I am not disclosing a [vulnerability](https://github.com/parse-community/parse-server/blob/master/SECURITY.md). - [x] I am creating this PR in reference to an [issue](https://github.com/parse-community/parse-server/issues?q=is%3Aissue). ### Issue Description Node 15 reached its EOL; Node 16 is the current version Related issue: #n/a ### Approach - remove node 15 from ci - add node 16 to ci - use node 16 as default This appears to not be merely a CI change, but to require some minor changes in parse server / dependencies. Hence this PR will likely be a `feat` commit. ### TODOs before merging <!-- Add TODOs that need to be completed before merging this PR. Delete suggested TODOs that do not apply to this PR. --> - [x] Add entry to changelog - [x] Add changes to documentation (guides, repository pages, in-code descriptions)

And only using versions listed on the readme until it’s confirmed they pass the test suite: 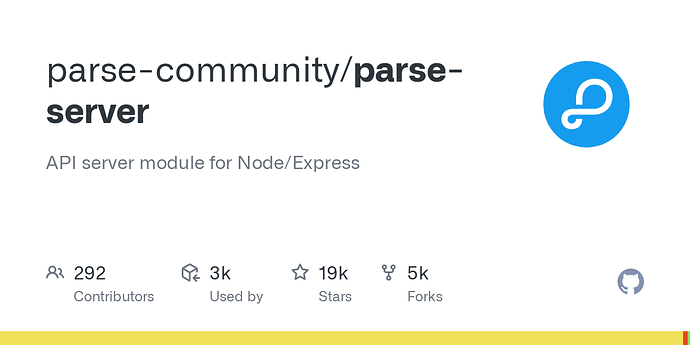 API server module for Node/Express. Contribute to parse-community/parse-server development by creating an account on GitHub.

Thanks a lot guys!!