Let us know if you're using Parse in production!

I think it’s encouraging for people who are new to the Parse Platform to hear from those who are already using Parse Server and the client SDKs in a production environment.

Where possible it would be interesting to hear what sort of traffic people get e.g. requests per second number of users etc.

So let us know and please do share your projects if you want to!

We’ve just started using Parse Server in production, for now we’ve clustered only the DB and Redis, but we’re planning to cluster Parse Server too. I’ll keep you posted on my experience in the future.

Our project is a live trivia, “à la HQ Trivia”, for now only web based. We mix Parse Server with Firebase for auth and messaging.

If I may, I found the docs somewhat stale on Live Query and it took me a long time to get the setup right. Maybe it’s a potential area of improvement!

Thanks for sharing Andrea!

If you find issues or areas for improvement in the docs please don’t hesitate to open an issue to bring it to our attention and if possible a PR to rectify!

I’m using Parse in a large french food delivery/own kitchen company (front, BO and picking). Thousands of deliveries every day. The top traffic volume was 1500 hits/s (TV ads).
The project was so successful that the client decided to use it for his kitchen admin (production planning, ingredients supply).

In my next projects, I plan to use GraphQL.
And all I miss right now is the MongoDB collations support, which is ok because I can use MongoDB Collections directly. The Config object is a goldmine.

Interesting. Do you have any Request/Online User ratio? Like 1000 online users usually make 80 request per second? Or similar data? @oallouch

Sorry, I don’t.
It’s quite low but I don’t see the problem, were it otherwise.

Interesting @oallouch! Are you scaling Parse Server horizontally? Can you share the details please? Merci!

Yes, I have several App Engine instances with my Parse-on-express server. It can go from 3 instances to 20. I use the database options to ensure each server has its share of MongoDB connections, but not more.
The batches are started using App Engine Cron calls, which makes a single instance run each of them. Because of this, I had to buff each instance a bit. RAM isn’t that expensive and change performance a lot.
In the future, I plan on adding Google Cloud Tasks, which looks really simple, to distribute the batch load between instances with great control.

Thank you for sharing. I’m currently planning hosting on DigitalOcean for 100k concurrent users with Live Queries and it really helped my calculations. If anybody else can share their experience with memory/CPU footprint per each WebSocket connection it would be much appreciated.

Can you elaborate on or reference the guidelines around “not using Parse objects in the store?” We were trending this direction without awareness that there was a reason not to do so because it does make life easy. Would like to ensure we at least have our eyes open to potential issues…

It’s just that you’re supposed to only store immutable data. That way, when something gets updated, it’s a new instance and === returns false. If you keep a Parse Object in the store and modify it, you can set it again in the store, then the subscribers get notified, but when they do a ===, they get true because it’s the same instance. That’s why I keep an integer “version” next to it in the store and I increment this integer to mark the object as modified. Maybe there’s a cleverer solution, but this one works for me.
No big deal, having Parse Object in the store is so practical.

Do you use App Engine Standard or Flexible?

I use Flexible. App Engine deploys in 9 minutes during the day and more in the evening

Which package do you use for cloudinary?
The NPM package I tried GitHub - joshuadiezmo/parse-server-cloudinary-adapter: parse file for cloudinary
is giving an error.

I don’t use the adapter. I only use cloudinary-react client-side and cloudinary and cloudinary-core on the server.
That’s what’s good with Parse, you use it when you want, but you’re not forced to.

Can you please provide the configuration steps for the server?

On the server, I build urls for the emails I send, using : 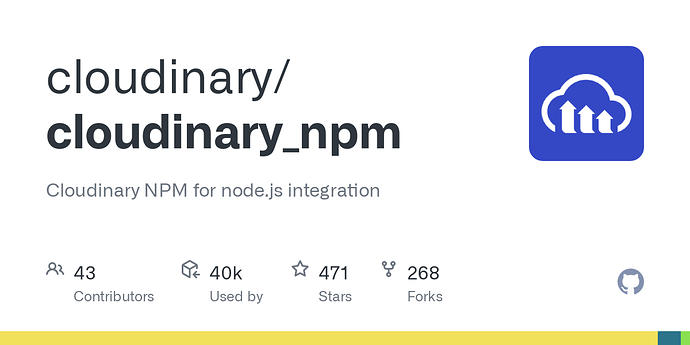 Cloudinary NPM for node.js integration. Contribute to cloudinary/cloudinary_npm development by creating an account on GitHub.

And I also sign parameters for the client to be able to upload photos :

Hi there!
Just as @oallouch, we’re using Parse in a large french App (social network for places sharing) with more than a million users.
We use the JS SDK, the iOS SDK and the android SDK.
We use Parse-Server on nodes with MongoDB.
And we are hosted on AWS ElasticBeanstalk, with MongoDB Atlas and a connector to ElasticSearch

I would love to know more about your Pub/Sub usage & conf, and the database options you use

If you’re in Paris, we can even meet. Just out of curiosity. My team is fully booked

I’m also fully vaccinated, so that can be any any restaurant

Thanks, unfortunately I’m not in Paris

Quick question though, do you use node cluster for each of your instance? We don’t and I guess we might…
And I’ve seen Parse-Server CLI has an option to use cluster module, but I can’t see where it’s used in parse-server (apart from the CLI). So using the {cluster: true} option in ParserServerOptions seems to have no effect.
@Tom do you have any idea about this?